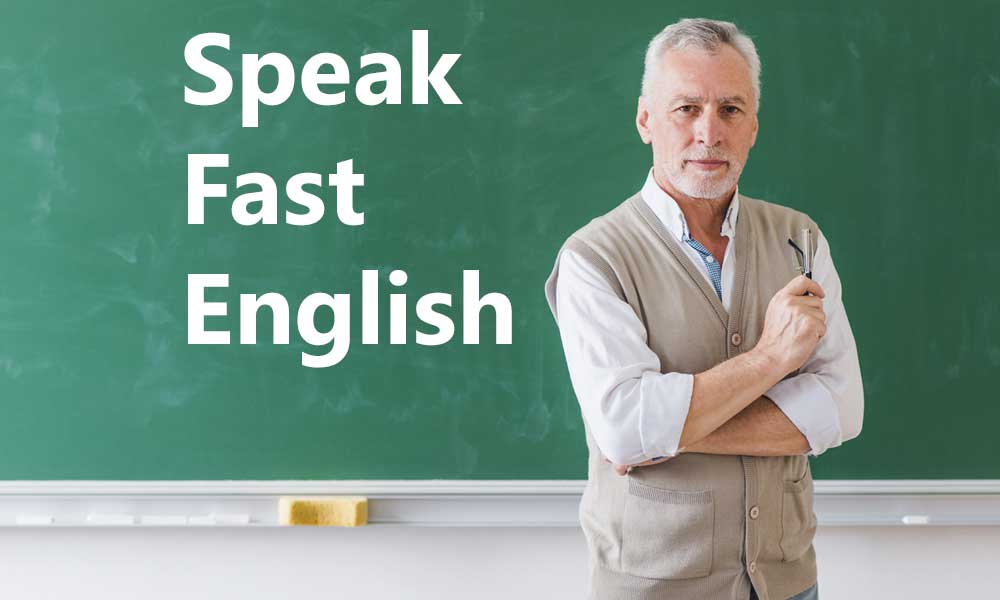 Have you ever watched an American TV show or movie and wonder why people speak English so fast? If English is not your native language, you may have difficulty in understanding how Americans speak English so fast. It can be even harder for you to speak fast English yourself. However, this doesn’t mean you can never understand and speak fast English! When you become a fluent English speaker, you will realize that you can catch up with the fast pace of American English.

When you think about your first language, you can say that you speak fast and comfortable because you link the words together and use the local expressions without thinking about them too much.

The same goes with the native English speakers; they talk fast and with confidence because they can easily combine the words together and form their speech automatically. This is something they learned from their experiences in English.

How Can I Speak English Fast like Native Speakers?

The key to understanding native English speakers is to challenge your listening and speaking skills. If you don’t know how to do it, don’t worry. ChatterFox is here to help you understand and speak FAST English! Today, you’re going to learn how to speed up your American English and speak even better than a native.

What is a Reduction?

Reduction is when we omit or change some sounds to make the words easier to pronounce. It’s a part of spoken American English, it helps people to make it easier to speak English.

Native and fluent English speakers use reductions a lot in their daily conversations, and this may cause some misunderstanding among non-native speakers because they don’t know how to use reduction in their sentences.

There are so many reductions in American English, and some of the most common reductions are the words YOU and AND.

In some cases, YOU reduces to JU in American English. A perfect example of this reduction can be “Wouldju”, meaning “would you”, which you may have realized from TV shows or movies.

For instance, let’s read this sentence:

Another example of the j sound can be in “Didju”, meaning “did you”. Just like in would you, we change the y sound with j because the word did also ends with d and the two sounds blend together. Here is an example:

We can also reduce YOU to chu sound in some phrases. For instance, when we pronounce the phrase “Won’t you”, we change the y sound to chu and say “Wonchu”. We change this sound because it is much easier to pronounce chu with the word “won’t” instead of y or j sounds. The stop t at the end of won’t needs to be followed by another stop like chu so that we could utter the word easily. Let’s practice with the sentence below:

You may have heard of the reduction of AND to the N sound before. In fact, it’s a very common reduction in American English, for example:

This phrase means “super clean”, and the ‘n sound is actually the reduction of and. Here is another example:

Could you catch the ‘n sound in the middle of the sentence? Many people use this kind of reduction as it’s much easier to say ‘n instead of and. Now, read aloud the following sentence:

Now that you’ve learned what a reduction in American English is, you can understand that reduction helps people to pronounce the words much easier and make their conversations sound more natural.

Using reductions together with the expressions you’ve just learned can help you speak English fast and sound even better than a native. All you need to is practice these sounds and expressions and wait for the results!

If you have something on your mind or want to learn more about reduction in American English, be sure to subscribe to our YouTube channel and contact ChatterFox at the link below!