11 Common American Expressions and Idioms and How to Pronounce Them 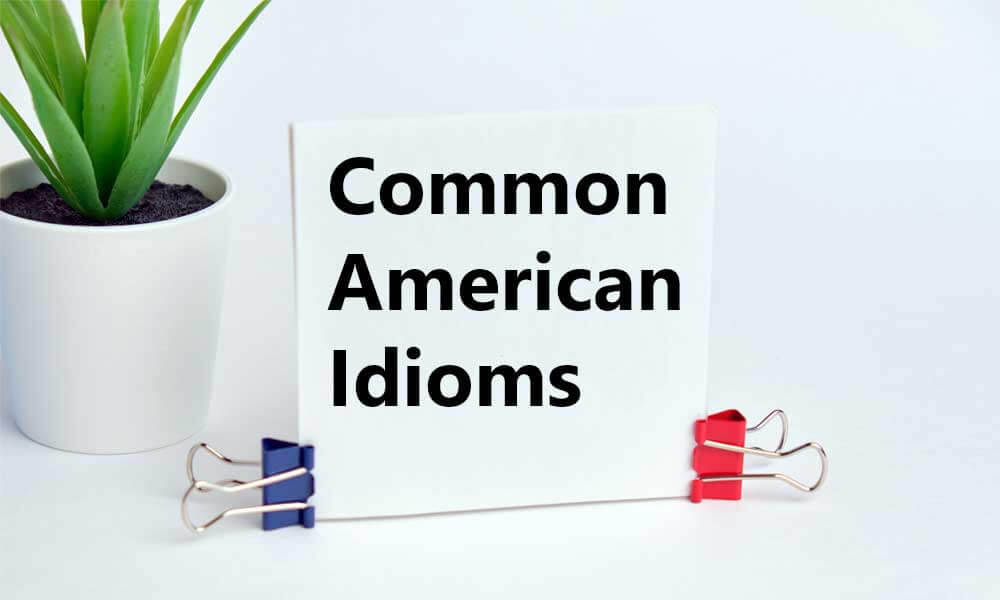 Are you tired of studying textbooks that never help you improve your speaking in real life conversations? If that’s the case, you’ve come to the right place. ChatterFox is here to help you speak American English even better than a native by using 11 common American expressions and idioms.

Spoken by 1.5 billion people, English is the most popular language in the world. However, it’s the native language of only about 360 million people, which means most of the English speakers learn English as a second language.

Practicing reading, grammar, and vocabulary are necessary for learning English. However, if you want to speak American English fluently, you need to practice pronunciation and reduce your strong accent.

Using and understanding common American English expressions in your daily life will make you sound fluent in English, but you also need to know the correct pronunciation to maintain a healthy and clear communication when you speak with native speakers. In this article, you will learn both!

Let’s learn the 11 common expressions and idioms that will make you sound more American!

You may have heard this expression in some American TV shows or movies. Epic fail means “complete disaster”. For instance, when you’re in a party that doesn’t go well, you can call it an epic fail.

To give a cold shoulder means to ignore or not speak to someone. If your friend doesn’t pay attention to you or ignores what you’re saying, you can say, “He’s giving me a cold shoulder”. When you pronounce this expression, make sure you link these two words with the d and sh sounds to sound more natural.

e.g.: He was given the cold shoulder by his team-mates.

Here is a tricky phrase. Plead the fifth means to refuse to give self-incriminating information about an occasion. To be more specific, let’s say your roommate opens the refrigerator and says, “Who ate the last piece of cake?”, you can say, “I plead the fifth”, instead of admitting you ate it.

When you said the word fifth, the second f becomes silent. So, you just say fith with this expression.

– Sorry, I plead the fifth on that!

Meaning to fall asleep abruptly, to crash is used when you need to sleep. For example, imagine you’re at your friend’s house, but you’re super tired and can’t make it home without falling asleep. In this case, you can say, “Is it okay if I crash here?” to get permission to sleep there. Crash can also mean to show up at a party that you’re not invited or expected to come. So, you can say, “Do you wanna crash that party?” to ask your friends if they wanna go to the party and surprise the people.

When someone makes a joke, you can say this expression, but in a sarcastic way. For instance, let’s say your friend just made a bad joke, and you want to say “I don’t think that joke was that funny”, but don’t want to say it directly. If that’s the case, you can simply say, “Good one!”.

Sketchy is an adjective and can mean suspicious or dangerous. When someone says, “I know a way that you can make a million dollars in one month.”, you can answer with “That sounds a little bit sketchy…” to express your disbelief.

You can also say this word for places that you think may be dangerous. For example, you can say, “That neighborhood is a little sketchy, I don’t wanna go there at night.”

When you pronounce this word, be careful about the t sound in the middle. You usually don’t hear this sound; instead, you hear the ch sound.

The word creep can be used to define a strange person. When you see a weird person whose behaviors make you uncomfortable, you can say, “That guy/girl is a creep.”

The verb to wrap up means to finish. You may hear your teacher saying, “Let’s wrap up!”, which means “We are about to finish our lesson.”.

When you are enjoying something very much or having a great time, you can use this expression as it fits in the situation perfectly.  For example, when you’re talking about a party that you enjoyed very much, you can say, “I had a blast!”.

This expression can be very helpful when you’re talking with someone and didn’t understand or hear what she/he said. So, instead of telling them you didn’t understand and asking if they could repeat, you can say, “Sorry, I didn’t catch that.” You will sound much more natural with this phrase.

When you pronounce this phrase, make sure you say the stop t at the end of the word didn’t. Now, it’s your turn to practice.

Now that you’ve learned these common expressions and idioms, you can use them to enrich your vocabulary and build healthy, enjoyable conversations with people! If you have any questions or opinions about these expressions, make sure you contact us by using this link: https://chatterfox.com/contact/. ChatterFox is always here and ready to help you improve your American English and speak even better than a native!