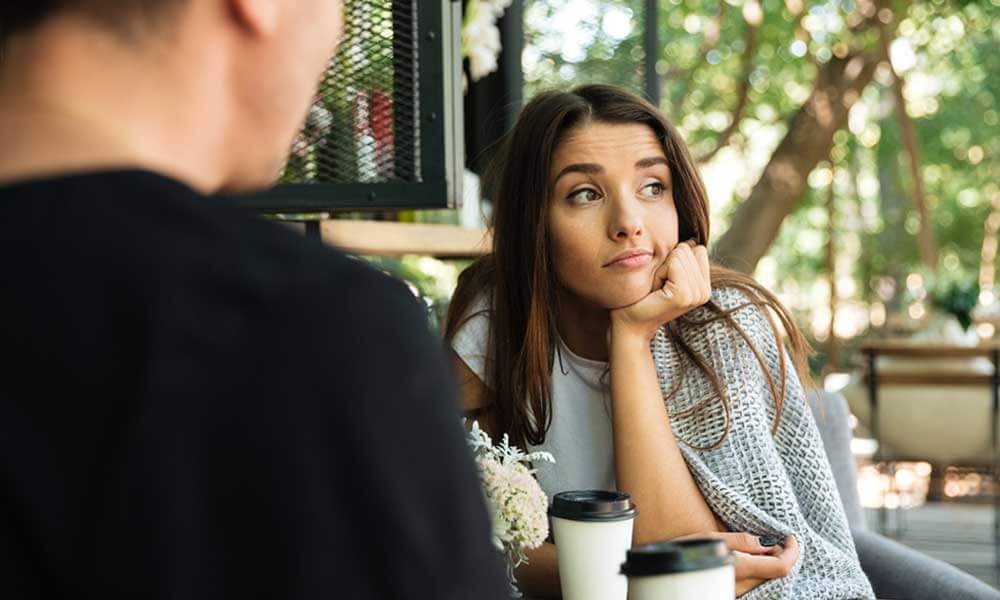 “NO!” Something we have all had to say and may need to say daily. However, do you ever find it difficult to “NO,” in certain situations? Saying, “NO” can be difficult in any situation, but especially when you’re saying it in a language that is not your native tongue, like English. You might think, “How to say no in American English? Will I offend someone? Does it sound rude? I don’t want to make someone mad at me.”

Saying NO in American English

No matter what situation you are in, saying, “NO,” might be the only option you have. However, there are ways to say, “NO” and not offend someone, while being able to get your point across. In this article, we will take a look at three different situations in which we may need to say, “NO.” We will also focus on pronunciation and tone of voice as we deliver the news.

Saying “NO” to Your Boss

Saying “NO” to your boss, how do you do it? It can be hard to, but especially difficult when saying it in another language, like English. You don’t want to lose your job in the process. Let’s take a look at a few situations in which we might need to say, “NO,” and how to do it.

It’s late in the work day and you have a ton of work that you are still doing when your boss approaches you. Your boss asks you to take on another task, but you have no time. What do you? What do you say?

In this situation, you can say, “I’m a little overwhelmed right now, is there anyone who can help me?” When you say the word, “overwhelmed,” the “l” is silent. So it sounds more like, “overwhelmed.” Now you try it!

Now try saying the response a few more times and listen to the tone of your voice as you speak. Do you notice how your voice goes up? This is known as a rise in intonation because you are asking a yes or no question. Try it again, “I’m a little overwhelmed right now, is there anyone who can help me?” Did you hear your voice rise? Good start. Keep practicing!

Let’s try responding to your boss in this same situation, but this time by saying, “I’m a little overwhelmed right now, could you help me prioritize my tasks?  Now you try it!

This could be a really important question that you’re asking, so let’s be sure you are pronouncing it perfectly. Take a look at the words, “could you.”

“Cou[dj]ou help me prioritize my tasks?” Now you try!

Since this is a yes or no question, your voice should go up at the end. Did you hear the rise in intonation as you asked this question? Good job, if you did!

Here is the final way to say no to your boss, without actually saying the word, “NO.”

“Can I suggest another idea?” Try it!

In this case, you are asking to make a suggestion because you don’t necessarily agree with something your boss is asking you to do. So instead of saying, “NO,” you can ask, “Can I suggest another idea?”

When you say this, you can link together the words, “suggest another.” The word,”suggest,” ends in a consonant, o the consonant moves into the next word. “Can I sugges[t]another idea?” Now you try!

Again, since this is a yes or no question, your voice should go up at the end and you should hear a rise in intonation. If you do, you’re saying it correctly. Keep practicing!

Say NO to a Date

Saying, “NO!” How do you do it? Is there a right or wrong way to say, “NO,” and not hurt someone’s feelings? Saying “NO” can be challenging in any language, but especially if it is not your native language, like English. In this article, we are going to discuss ways to say “NO” to someone when getting asked out on a date. are you ready? Let’s go!

As we discuss ways to politely turn someone down when getting “asked out” on a date, we will also focus on pronunciation. Remember the key to learning the English language and sounding more fluent as you speak, besides grammar and vocabulary use, is pronunciation. By focusing on your word stress, intonation, use of word linking and reductions, you will sound more like a native in no time.

Have you ever been in a social situation, like at a bar or with friends, and been asked out on a date? What did you say? You want to say, “NO,” but still sound polite. Here are three ways to say, “NO” and not hurt someone’s feelings.

As you say this, did you hear the flap T sound in the word, “flattered? The “tt” sounds like a “d.” In the word, but, there is a stop T. So the sentence would read, “I’m fladered, bu no thanks.” Now you try! 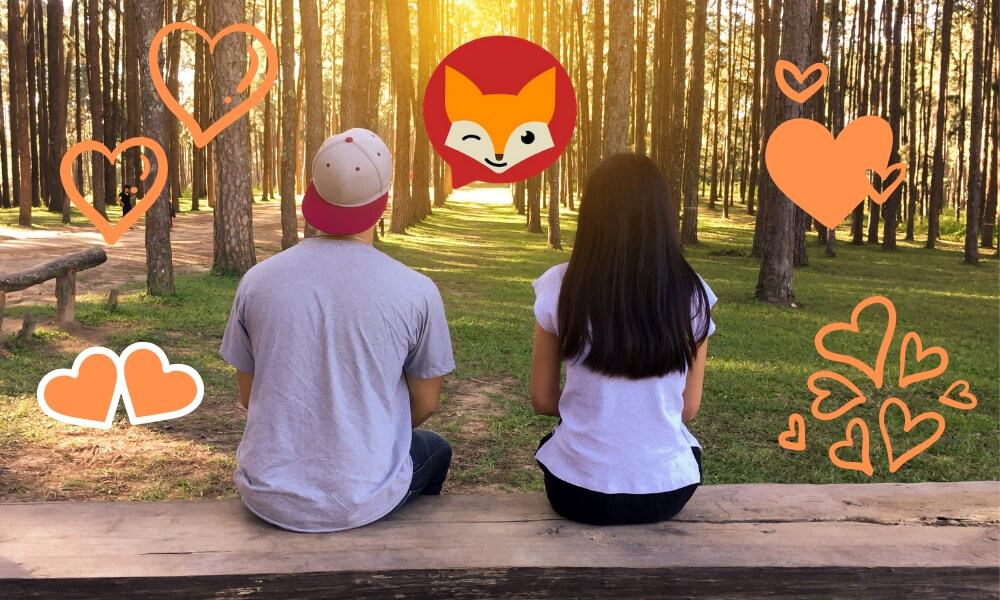 Example #3 “Thanks, but I’m already seeing someone.”

Saying this means that you have a partner or are in a relationship. As you say the word, “already,” there is no “l” sound. You just hear the “r” sound. So the word sounds like, “aready.” When you say “seeing,” the “g” sounds like a “n.” The word then sounds like, “seein.”

“Thanks, but I’m aready seein someone.” Try practicing yourself. What did you hear?

As you can see there are a few ways to say “NO” when turning someone down for a date. However, sometimes people will say, “Thanks, but I’m already seeing someone,” when really they are not. Some think this is wrong because it’s lying. What do you think? Do you think it’s OK to lie about being in a relationship when you just want to turn down the date? ChatterFox wants to know. Tell us what you think!

Saying “NO” to an invitation

Do you ever get invited to a party or asked to meet up with a friend for coffee, but don’t really feel like going? Saying, ”NO” and turning down the invite can be difficult to do. You might not know what to say or you are afraid of sounding rude.

No matter what the situation, turning down an invite can be challenging, especially in a second language, like English. In this article, we are going to discuss ways to say “NO” and turn down an invitation, but also focus on our pronunciation as we do. Before you know it, you will be speaking better than a native!

Here are 4 common ways to to turn down an invitation:

Here’s the scenario: Your coworker invites you to do something over the weekend, but you can’t go. What can you say? Read on to find out.

In this sentence,there are a lot of reductions. Let’s take a look at them.

“Thanks for the invite.” Invite is a shortened form of the word, invitation. This is very common for people to say, but the word “invite”(invitation) is very different from the verb, invite.

In the next part of this sentence, “don’t,” is a reduction of do not. It also has a stop T. “I don think I can make it.”

The word “can,” in this sentence, is pronounced as “cuhn.”

Now put it all together and try saying it, knowing some of the ways in which words are pronounced.

In this sentence, “I’d” is the reduced form of “I would.”

When you say, “I have other plans,” link together, “have other,” by linking the “v” sound to the word, “other.”

#3: “Thank you, but I’m already busy that day.” Practice saying this a few times.

Instead of using a stop T in the word,”but” you are going to make a “d” sound.

“bud I already have plans.”

In this sentence, “next time” is linked together with a “t” sound. Be sure to use only one “t”

Sound for both words. So the sentence will read, “Maybe nex[t]ime!” Keep practicing.

This response would be appropriate to use at the end for all of the phrases we have discussed.

It is recommended that you use slang that is commonly used among native speakers.
Slang words are an essential part of conversing in English. This article contains a list of the Most Common English Slang terms you may find interesting.

Now that we have looked at ways to turn down an invitation, I have a question for you. Some people turn down an invite, when really they have no plans and just want to stay home.  Do you think it is OK to say you have other plans when the only plan you have is to stay at home and relax? Or is it better to accept the invitation or turn it down? Let us know what you think by leaving your opinion down below.

Remember the keys to fluency include pronunciation, linking and reductions. Be sure to subscribe to our channel and sign up for the fluency challenge to start speaking better than a native!

Now that you know several ways to say, “NO,” in different situations, how comfortable do you feel doing so? Saying “NO” can be challenging, especially when we aren’t saying it in our native tongue. We don’t want to sound rude or offend someone in the process, but instead,be able to clearly get our point across. In certain situations, you have to say “NO,” but practicing using the techniques we’ve discussed will prove to be helpful. Be sure to watch your pronunciation and look for opportunities to link and reduce words as you practice speaking. With practice,you will be on your way to speaking better than a native in no time!