Do you want to speak American English fast just like a native speaker? ChatterFox is here to help you to speak fast by using linking in English. When we start learning a new language, we usually focus on studying grammar and vocabulary. Although these skills are indeed essential, it’s also important to know the common phrases, idioms, and expressions in that language.

American English has lots of expressions and phrases that are used frequently in daily conversations. Learning these expressions will make you sound like a native and you’ll have the chance to get an insight into the American culture.

While studying American English expressions, it’s also important to study their pronunciation because you are supposed to use them correctly in terms of both meaning and pronunciation.  In this article, you’re going to learn both.

Do you want to speak American English fast just like native and fluent speakers? You may feel confused and distracted when Americans speak very fast, but ChatterFox is here to help you! You can also speak fast by using linking. But what is it? 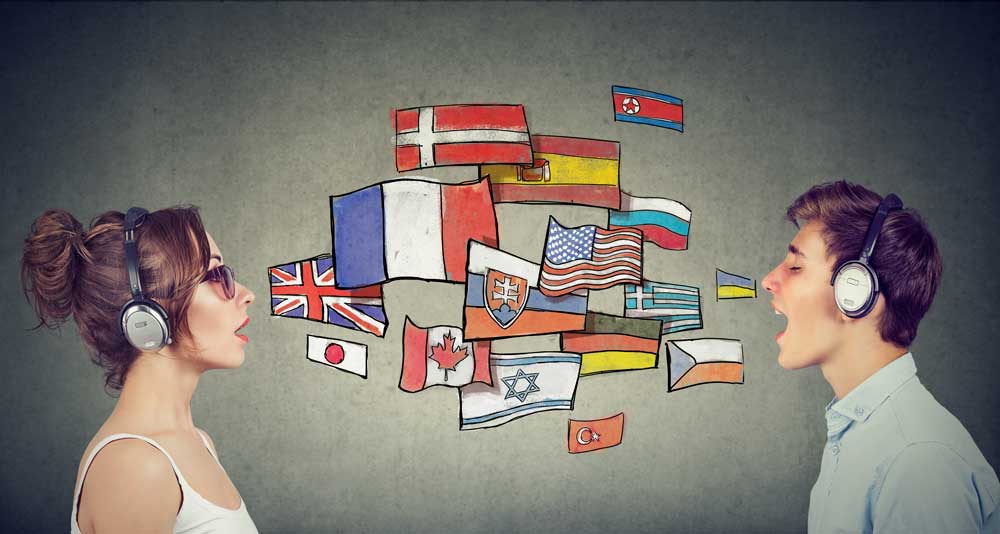 Linking is basically when sounds are joined or linked together to make them easier to say and sound cohesive. Sometimes, the words in a sentence may not sound the same as they do when we say them individually. This is because of linking, but it helps you understand other people easily. If you use it in your speech, you can also communicate with people more clearly and successfully.

Now that we know what linking is, let’s practice it with some American English expressions:

When a word ends with a sound followed by a word beginning with that same sound, they blend into one sound, like in the phrase ‘get together’.

Did you notice that there’s only one ‘t’ sound between the two words when you say this phrase? This is because of linking. we link the two ‘t’ sounds together for an easier pronunciation. Now, it’s your turn to practice!

If the sounds are not the same but similar to each other, we can also use linking, like in the phrase had to. The ‘d’ and ‘t’ sounds are very similar, so they link together as ha[dt]o.

All has the ‘ll’ sound which is very similar to the ‘r’ sound in Right. Saying them separately may not always be easy, so we link them together and say: A[r]ight. When you pronounce this phrase, make sure there is only one ‘r’ sound. Great!

As you may also notice, there are two ‘m’ sounds at the end of the word some and at the beginning of the word money. So, we link them together and say: Su[m]oney. Now, it’s time to practice!

These words are linked by the ‘g’ sounds and sound like bi[g]uy. Let’s say it together:

Black car will link together by the common ‘k’ sound and pronounced like: bla[ck]ar.

The ‘d’ and ‘t’ sounds are similar to each other; so, it may be hard to pronounce them separately. Therefore, we need to link these two words together by saying: Limite[dt]ime.

Just like the previous example, the similar sounds ‘t’ and ‘d’ blend and we link the words by saying coul[dt]ake.

For example, when someone asks how long something will take, you can say, “It coul[dt]ake about two weeks.”

When you pronounce this phrase, you should make sure there’s only one ‘p’ sound in between these two words. What you need to say should be sto[p]laying.

When saying this phrase, you need to pronounce only one ‘f’ sound, so you should sound like fo[r]eal.

For real can have two meanings; one of them is when you say for real to someone, you may just be expressing agreement:

It can also mean truth, in some cases. For example,

Now, you know how Americans can talk fast and blend their words together by using linking. The examples in this article taught you how to link similar or the same consonants together, but there are also other types of linking sounds. If you want to learn and practice more about linking, make sure you visit ChatterFox and sign up for our fluency program!

Once you master your speaking and pronunciation skills in American English, you will be much more confident to speak and your conversations with local people will be more enjoyable and intelligent. ChatterFox is always here to help you speak English even better than a native!