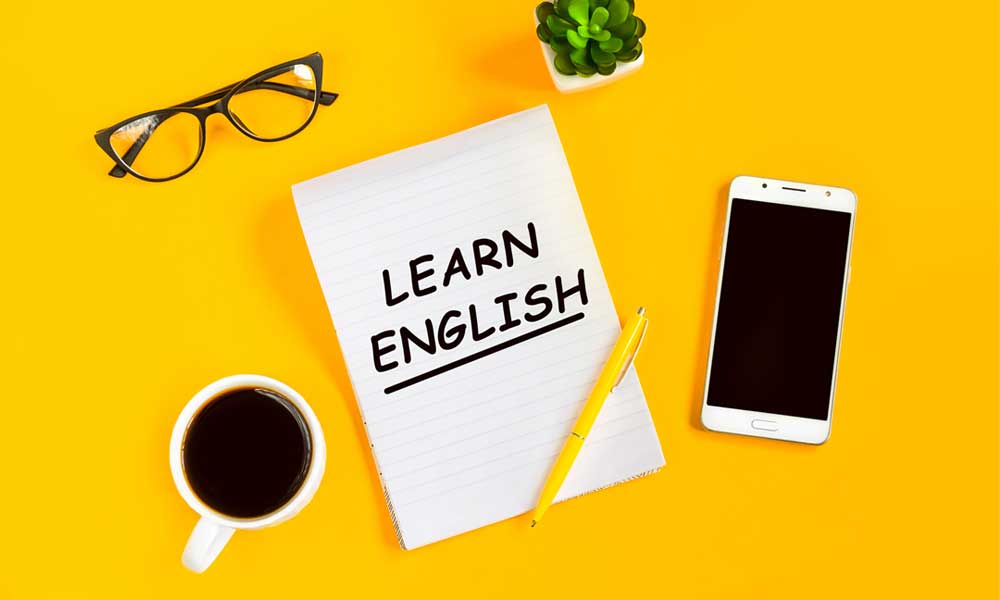 I often get asked about how I, as a non-native, speak English as my first language. We were a typical Indian family who spoke Tamil at home. I didn’t grow up surrounded by native English speakers. The national language in Brunei, where I was born and raised, is Malay. I did do all of my education in English, and while I’m grateful, it would be unfair to attribute my success entirely to that. Brunei was cosmopolitan – a melting pot of cultures and ethnicities from all over the world. The funny thing is that English was a second language for most of my teachers and peers. They weren’t from English speaking countries. So, you can imagine that the way they spoke English showed traces of their native languages. But what about me? Why don’t I sound Indian? Here are what I believe are the 3 most significant contributors to my success. (3 Keys on how to Speak like a native English Speaker)

1. Mindset (First Key Factor to Speaking English Like A Native)

In my own mind, I never compartmentalized English as “a second language”. My attitude towards English was always that it’s my first language. Then what about Tamil and Malay? I treated them as my first languages too. And even with Japanese, which I picked up later in my adulthood, my attitude is the same. That means that I don’t use any other language as my foundation for whichever language I’m using at any given time. In practice, this manifests in two ways.

Recognizing that each language has its own unique set of sounds (consonants and vowels), and intonation patterns. These are what make up an accent. For example, in Tamil, there are 3 different N-sounds. So, if I was to always stand on English as my foundation for speaking Tamil, all 3 of those sounds would be pronounced the same – like the English N-sound. But they’re not the same! So, instead of interpreting Tamil sounds in terms of English, I speak Tamil using Tamil sounds. I don’t mix the two. This is why I am able to speak Tamil with a (Chidambaram) Tamil accent, Malay with a (Bruneian) Malay accent, Japanese with a (Kansai) Japanese accent, English with an American accent.

Recognizing that each language has its own unique collocations and syntax. For example, it’s natural to say, “let’s take a walk”, in English. But if we were to translate this expression word for word into Japanese, it would be “散歩を取りましょう” (sampo o torimashou), which sounds awkward. This is why, for all the languages I speak, I never translate sentences in my head and I don’t get confused about grammar structures or word order. I am able to instinctively use the most appropriate word choice, sentence structures and grammar for the message I want to communicate in its given context.

2. Immersion (Second Key Factor to Speaking English Like A Native)

At this point, you might be wondering where I learned natural collocations and syntax from. How did I get my input? It was not from a textbook or classroom. I didn’t learn how to express my thoughts by studying grammar rules. Instead, I surrounded myself with natural English. I learned by simply observing how the language was used by first language speakers to communicate in various contexts. Isn’t that how we all learned our first language? When we were babies, our parents didn’t sit us down at the kitchen table and lecture us on grammar rules and run flashcard vocabulary drills. I received my input for all 4 languages I speak in exactly the same way.

Growing up, I watched only English TV programs and movies. I only listened to English music and read English books. I played video games in English. I’ve never had to motivate myself or force myself to learn any language. I integrated English into all of the things I enjoyed and wanted to do. Not living in an English speaking country and not being surrounded by native English speakers was not an excuse for me. If you are able to access and read this article on the internet, you have no excuse.

Of course, input alone will not make you a fluent speaker or an effective communicator. Using a language to communicate is not something you know, but rather something you do. It’s a skill just as much as kicking a football is. And as with any skill, it is developed through frequent and regular practice. Whenever I had the opportunity to speak to someone in English, I did. And this was the one advantage I had over my peers at school.

Although we always had multi-ethnic communities at my schools, and despite all being English medium schools, very few students ventured outside their linguistic comfort zones. Most kids formed and locked themselves into language cliques. The Chinese speaking kids would only hang out with other Chinese speaking kids. The Malay kids would only mix with other Malays and so on.

I was one of the rare few who would interact and socialize with anyone regardless of their ethnic or cultural background. And that meant that when I was in a group consisting of people with different native languages, our common language was English. I spoke English every single day. I was speaking English with other second language English speakers.

A lot of learners are convinced that they need to speak with natives to acquire the language and they think that is what is missing in their classrooms. And while learning from a native does have its benefits, that’s not the critical missing piece.

Japan’s school English curriculum starts with the sentence, “This is a pen.”. And simply due to drilling that sentence repeatedly, almost anyone in Japan can say that sentence at the drop of a hat. They learn it with a native teacher in the classroom to facilitate their lessons. Yet, so few people in Japan can manage basic survival level communication in English.

How often do you ever hear someone say “this is a pen”? In what sort of a scenario would someone need to say that? And how likely is someone to encounter such a scenario? If the sentence structure that we’re trying to acquire is “this is ___”, something like “this is my favorite song” would be far more useful in real life for a middle school or junior high school student.

What’s missing is not the native teacher. They’re missing relevance and context in the language that they’re practicing. That’s what I had whenever I practiced speaking English. I was using the language to communicate ideas that were relevant to me and my real-life experiences.

To clarify, I’m not discouraging structured classroom-based language education. And I don’t mean that translation has no place whatsoever in language learning. If you’re reading this article and can understand most of it, your English is most likely at the lower intermediate level or higher. And you probably feel stuck with your speaking skills.

My point is that while a structured curriculum and translation support can be used to build a solid foundation for complete beginners, it can inhibit their progress if they form an unhealthy dependency on it. In my humble opinion, the 3 points discussed in this article are essential for acquiring fluency in any language and are what will enable you to break out of your plateau.

A special thank you to Teacher David from speaklikedavid.com for contributing this blog article.

Be sure to also check out the other half of this article which the teacher Emily wrote. It’s posted on David’s blog!

My name is David Rajaraman and my goal is to help you become fluent in English. I’m not a native English speaker but English is my first language and it can be for you too! Learning a language doesn’t have to be complicated. I believe that anybody can speak English like their first language and on this channel, I’ll show you how.
website: speaklikedavid.com